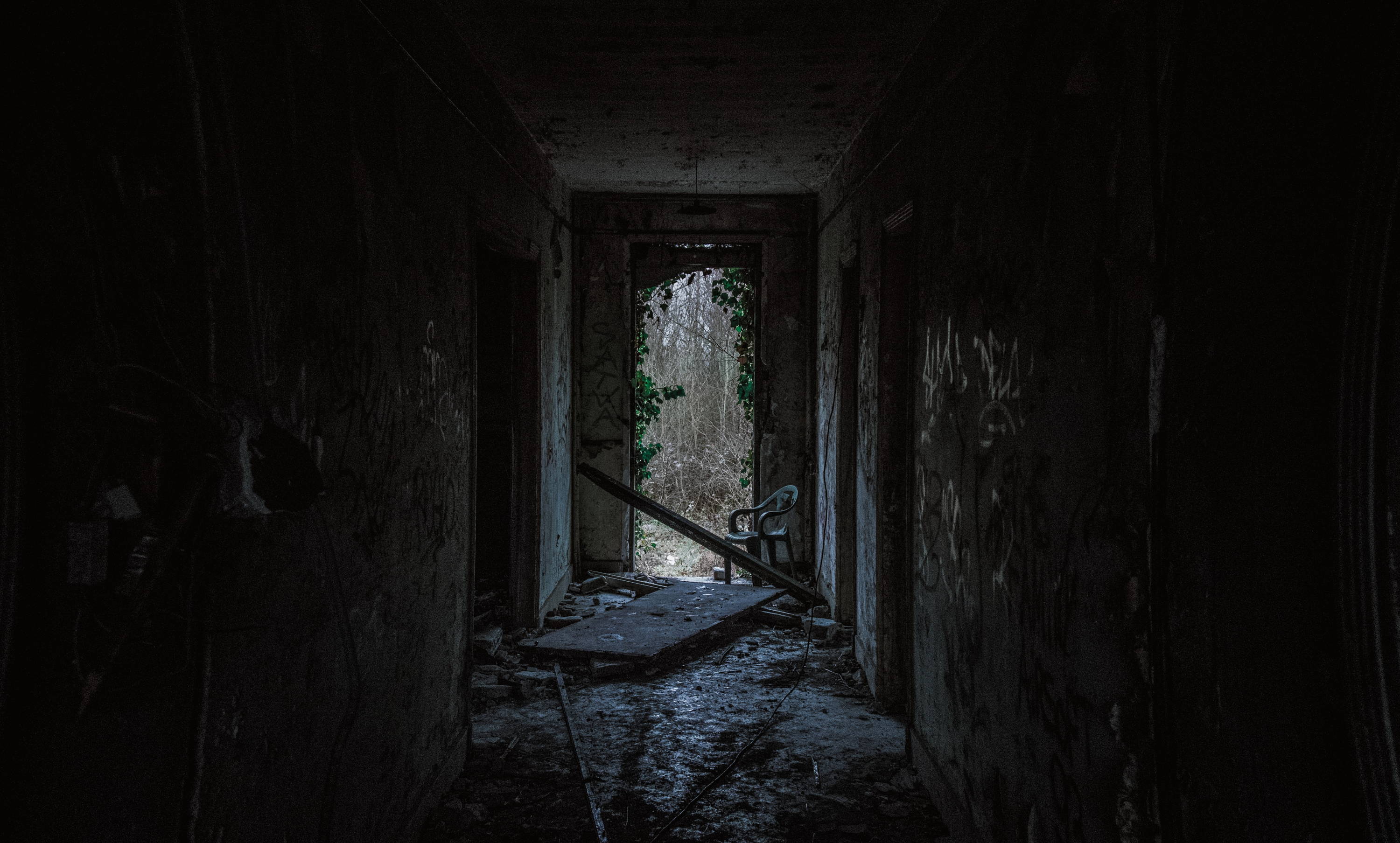 Want to know if the urban legends are true?

Japan, in general, is a nation madly crazy for spooky ghost films. From the iconic crawl of "Sadako "in "Ring 0" to the eerie scenes of Suicide Circle, Japan has in fact produced some of the most spine-chilling moments in the history of horror film genre. Whether you are a casual moviegoer or someone who eats and breathes movies, Japanese horror films will definitely keep you on the edge of your seat.

Check out these creepy and thrilling destination you might want to travel: 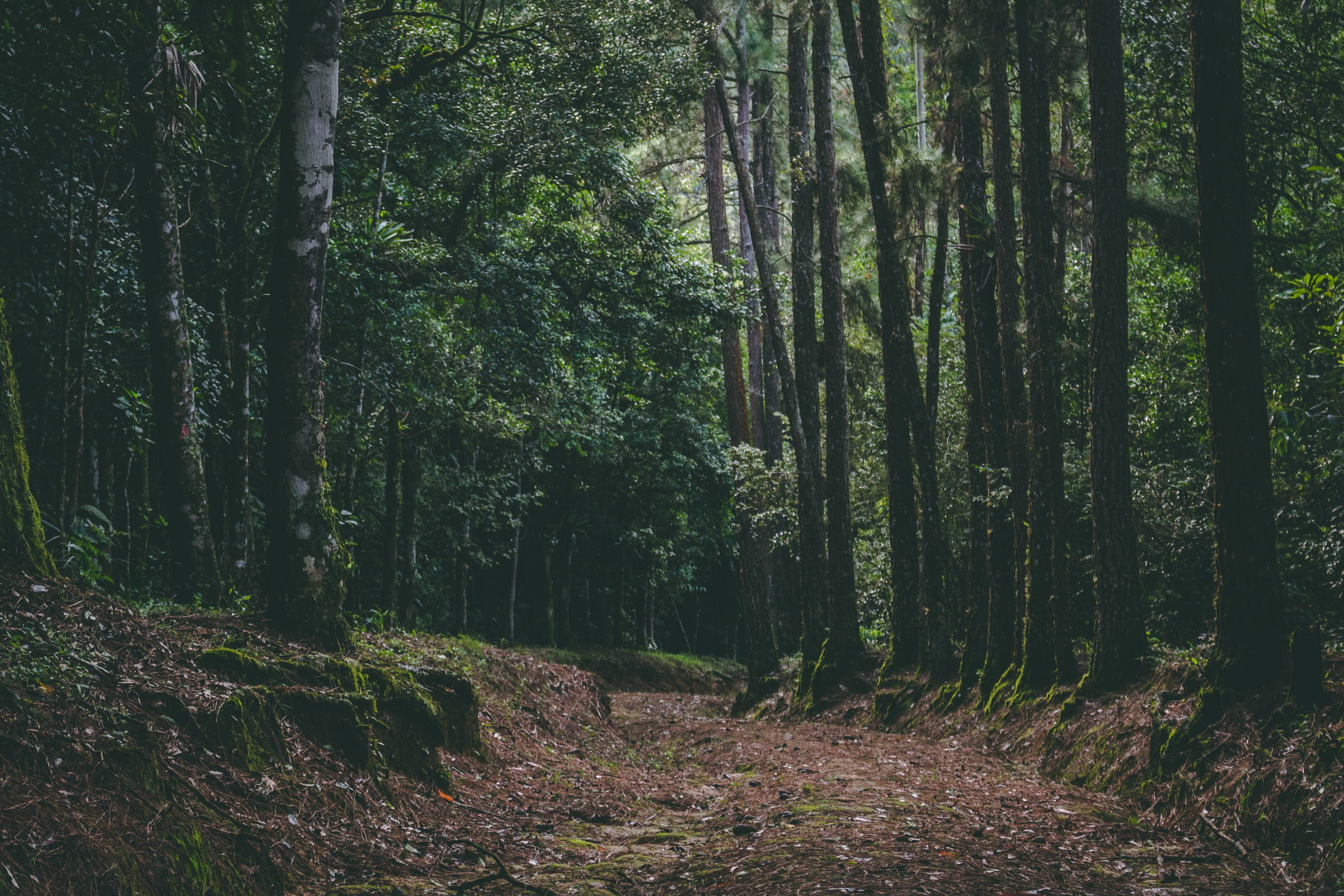 When it comes to haunted places in Japan, nothing is more terrifying and mysterious than the Aokigahara Forest. Aptly nicknamed as “The Suicide Forest”, Aokigahara has the unfortunate distinction of being the second most popular place for suicides in the world.

For decades, thousands of people have attempted to kill themselves in this mystical forest. After all, Aokigahara Forest has its fair share of paranormal activities. Even before the government started keeping documents of the suicides in the forest, the area was already drenched in spooky mythology and lore. Sounds pretty scary, right?

→ Prep up yourself with these functional and stylish travel accessories 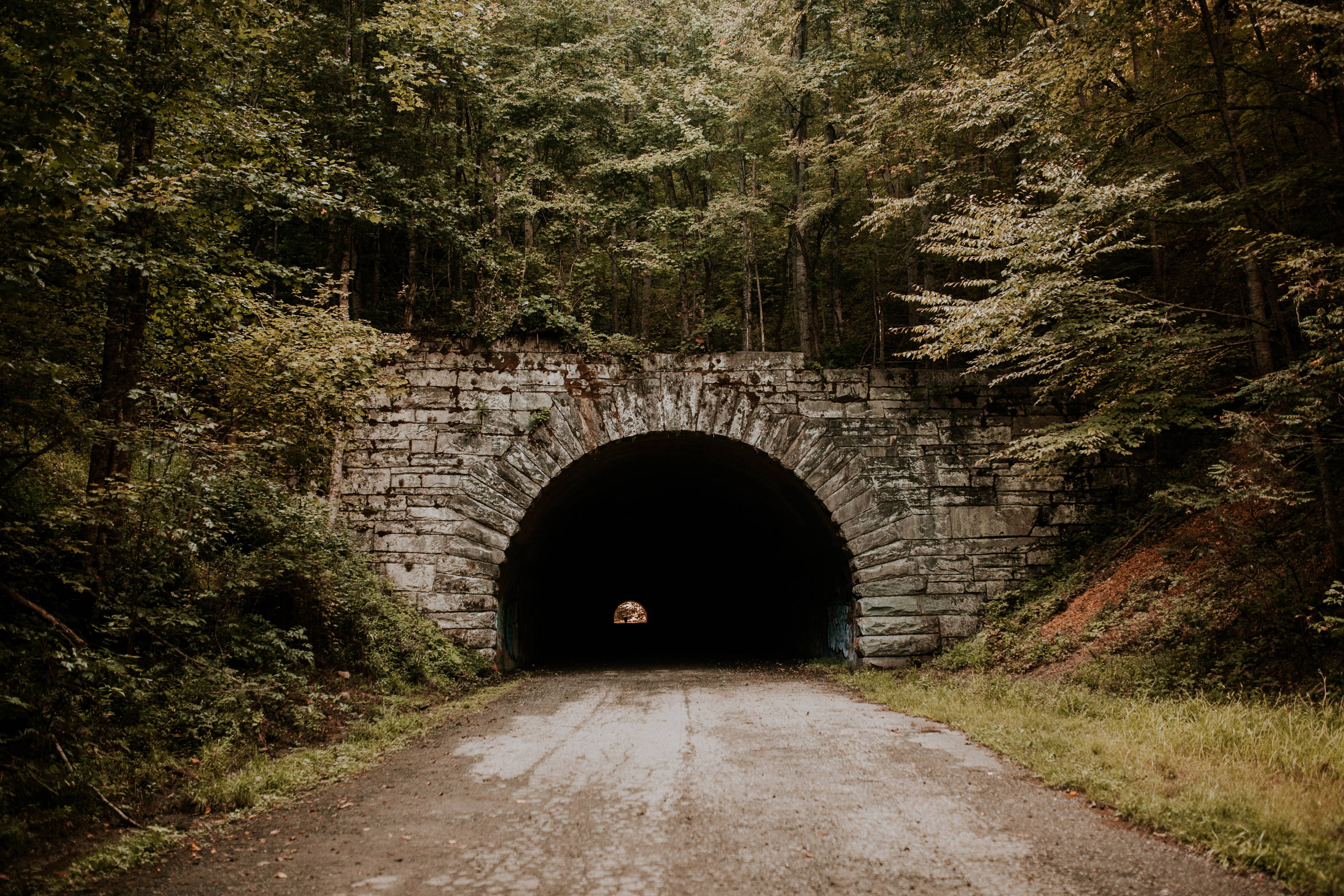 Not afraid of Sadako and ghosts? I dare you to walk inside the abandoned Old Chusetsu Tunnel in Fukuoka. They say you will get an earful of strange voices in this spooky tunnel. Hopefully, our friend Sadako can pay a visit to this tunnel, and give him some words of encouragement.

→ Equip yourself with these traveling essentials!

Looks can be deceiving, as most wise people would say, and such is the case with the next entry on our list. Despite its striking natural scenery, Oiran Buchi can be a very frightening place to visit in Japan.

Word is there were over 50 oirans (prostitutes) killed in this place a long time ago. Plus, it has an eerie suspension bridge that looks like a scene from a Silent Hill film.

→ Gear up and enjoy the journey while having goosebumps!

In Hiroshima and Nagasaki, people often hear lost souls crying and screaming for help at dawn.

→ Score these stylish and most versatile travel bags!

Billed as the most haunted place to stay in Tokyo, Akasaka Mansion has been scaring the pants off its guests with a variety of hair-raising apparitions. As a matter of fact, one female guest claimed that an unknown force dragged across the room through her hair. Could this be the work of Sadako? Spend an evening in this hotel, to find out.

→ Add a little bit of spice in your style with this lovely collection! 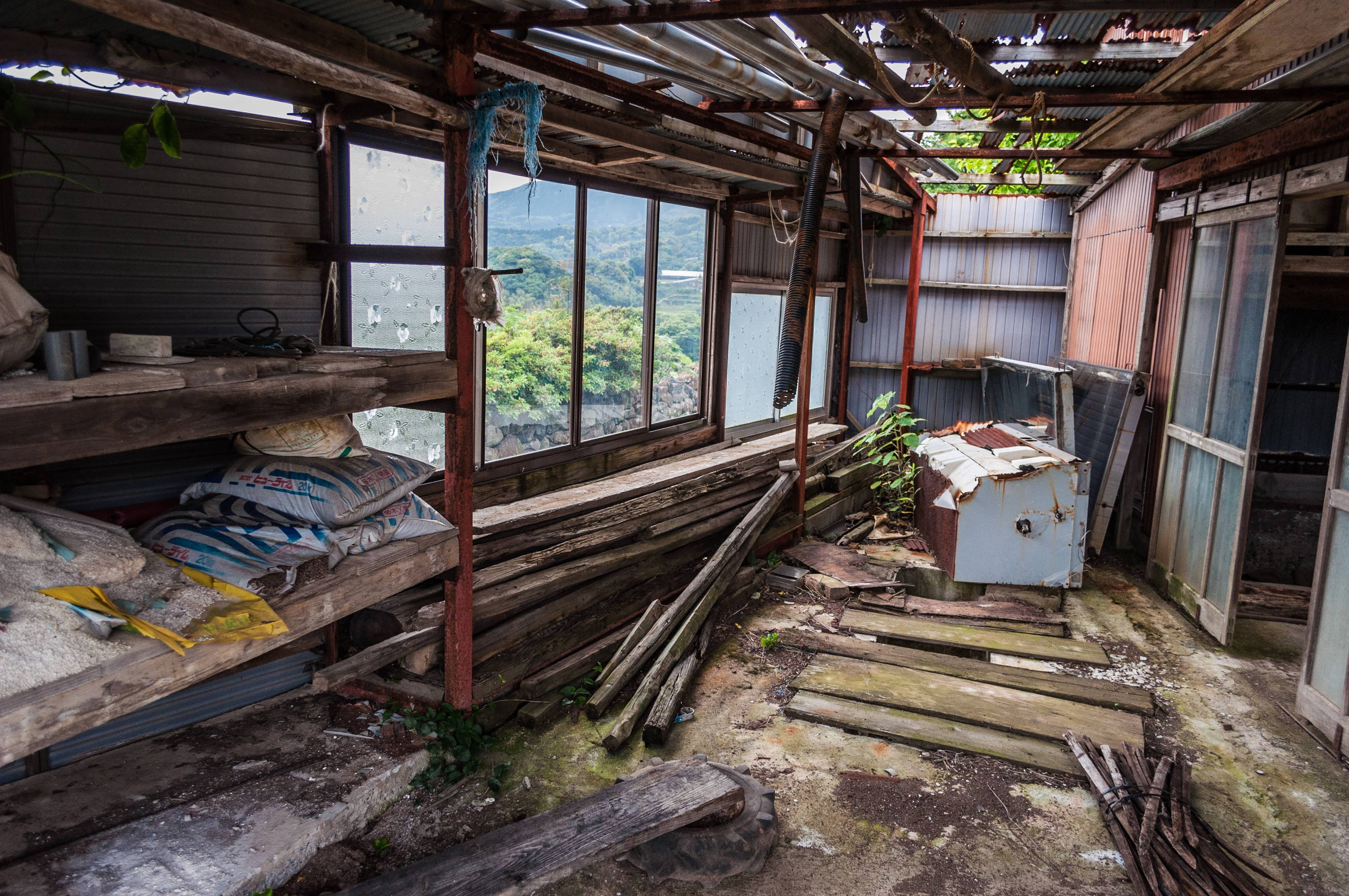 From unusual sounds to moving windows, there have been plenty of reports of paranormal activities in the Field Hospital.

→ For even more sexier look, grab these sexy silhouettes!

In Doryodo Ruins, bystanders will hear the cries of a female university student whose body was dumped here, in the wake of her murder in 1973. She may not be Sadako, but her cries will certainly make your hair stand on end.

→ Set your heavy dose of thrill and excitement with these clothes! 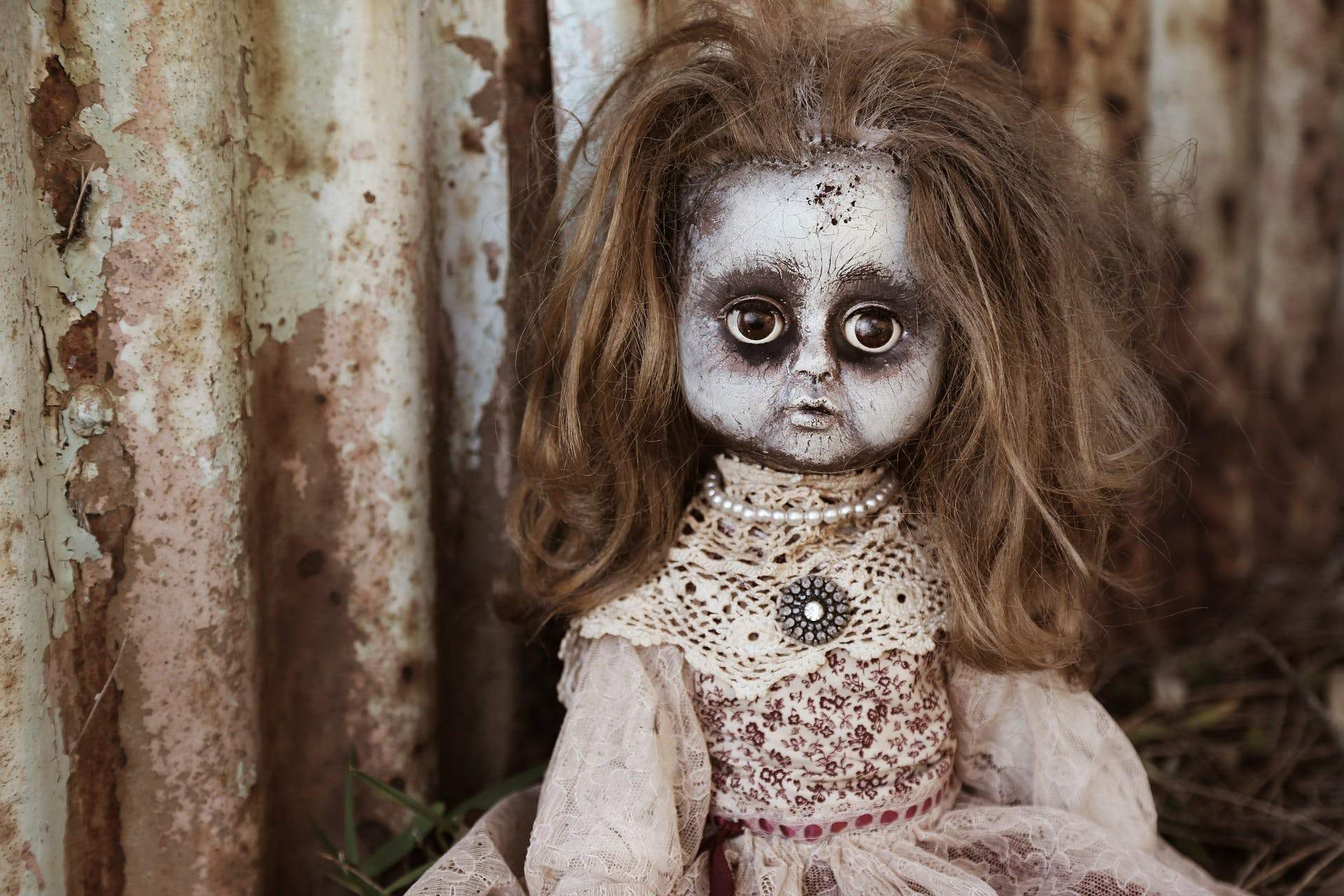 Immortalized by the horror game Fatal Frame from Play Station, Himuro Mansion was the location of the infamous Himuro family murder, which is often described as one of the most brutal and gruesome killings in Japan’s history. But, some say the mansion doesn't really exist, and was just made up by the creators of Himuro Mansion.

→ See the hottest tees for your urban legend adventure!

Take a late night stroll in Hakone Yama, and listen to the terrifying sobbing, wailing voices and other mysterious noises in the area. In addition to the mystical sounds, the park has a very unearthly feel. While a Sadako sighting isn’t possible here, the Hakone Yama is still a can’t-miss site for thrill seekers and ghost hunters.

→ For a fun-filled spooky getaway add this collection to your get up!

Visit Sunshine 60 in the evening, and get a chance to spot mystifying fireballs that float around.

→ Reveal your hidden glow and look hotter with this sexy collection!

One of the most well-known haunted sites in Japan, the Round Schoolhouse is a ghostly abandoned edifice that would scare even the boldest travel junkies. Stories are swirling on the internet, suggesting that anyone who goes inside will either forever disappear or become insane.

An infamous haunted place in Japan, the Royal Hotel is an abandoned hotel that was built on the Nakagusuku Castle’s sacred grounds. Legend has it that the spirits and souls who once lived in the castle were angered by this construction, causing a string of unfortunate events to its owner and construction workers.

→ Keep your belongings with these sturdy traveling bags! 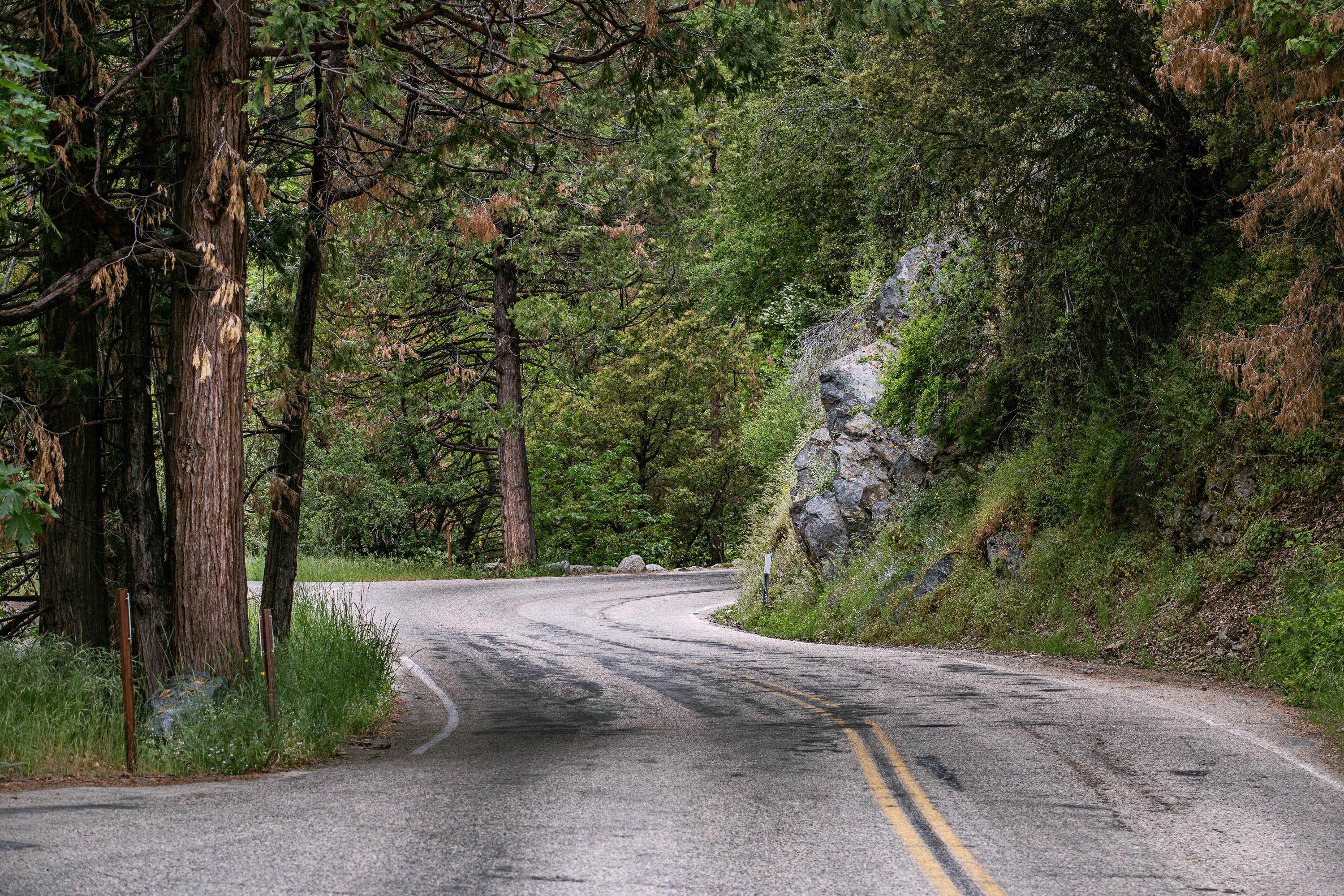 Want to capture some ghost photo during your trip in Japan? I suggest that you go in Okinawa’s SSS Curve.

→ Browse the best hiking bags for your Japan adventure! 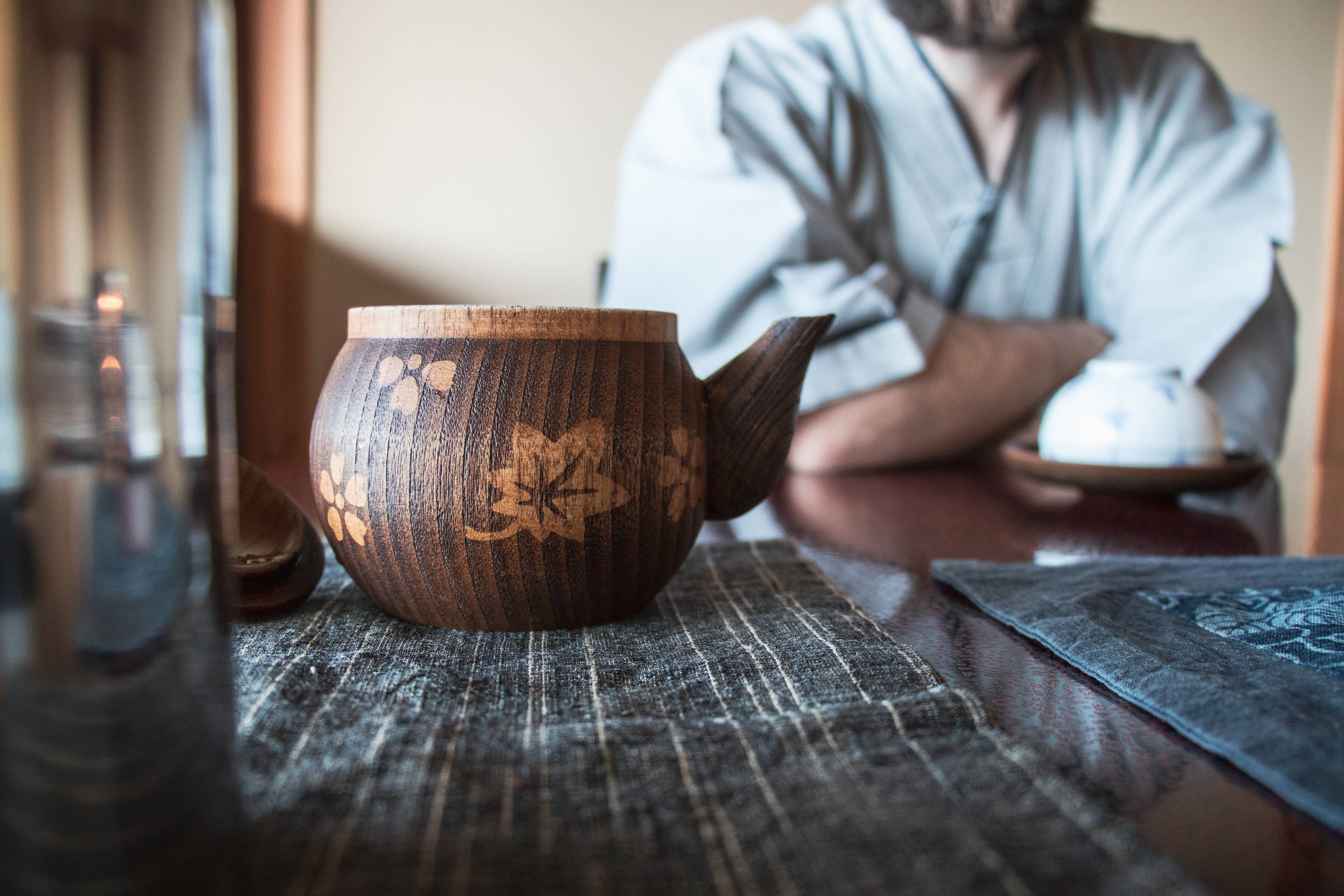 The Tea House Ruins are a gold mine for paranormal experts and ghosts hunters. Don’t be surprised if you bump into Sadako and her buddies, during your visit to this chilling destination. Want to know if the urban legends are true? Well, there's only one way to find out!?

→ For a true sophisticated look check out these must-haves! 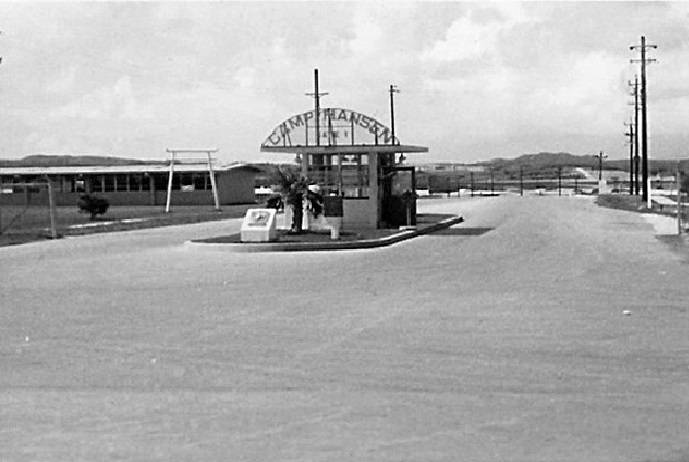 Want to meet Sadako in person? You won’t find Sadako in this camp, but you’ll have an opportunity to meet another strange entity. Apparently, there have been reported sightings of a bloody WWII soldier in this eerie American base camp.

Some say he will ask you for a light (lighter in particular), and as soon as you lit his cigarette, he will vanish into thin air.

→ Stay fabulous with these mesmerizing clothes for your journey!

There is a lost soul who aimlessly wanders around to haunt this American naval base. As far as I know, this wandering spirit is the ghost of a marine who died in a brutal car accident in the 1960s. 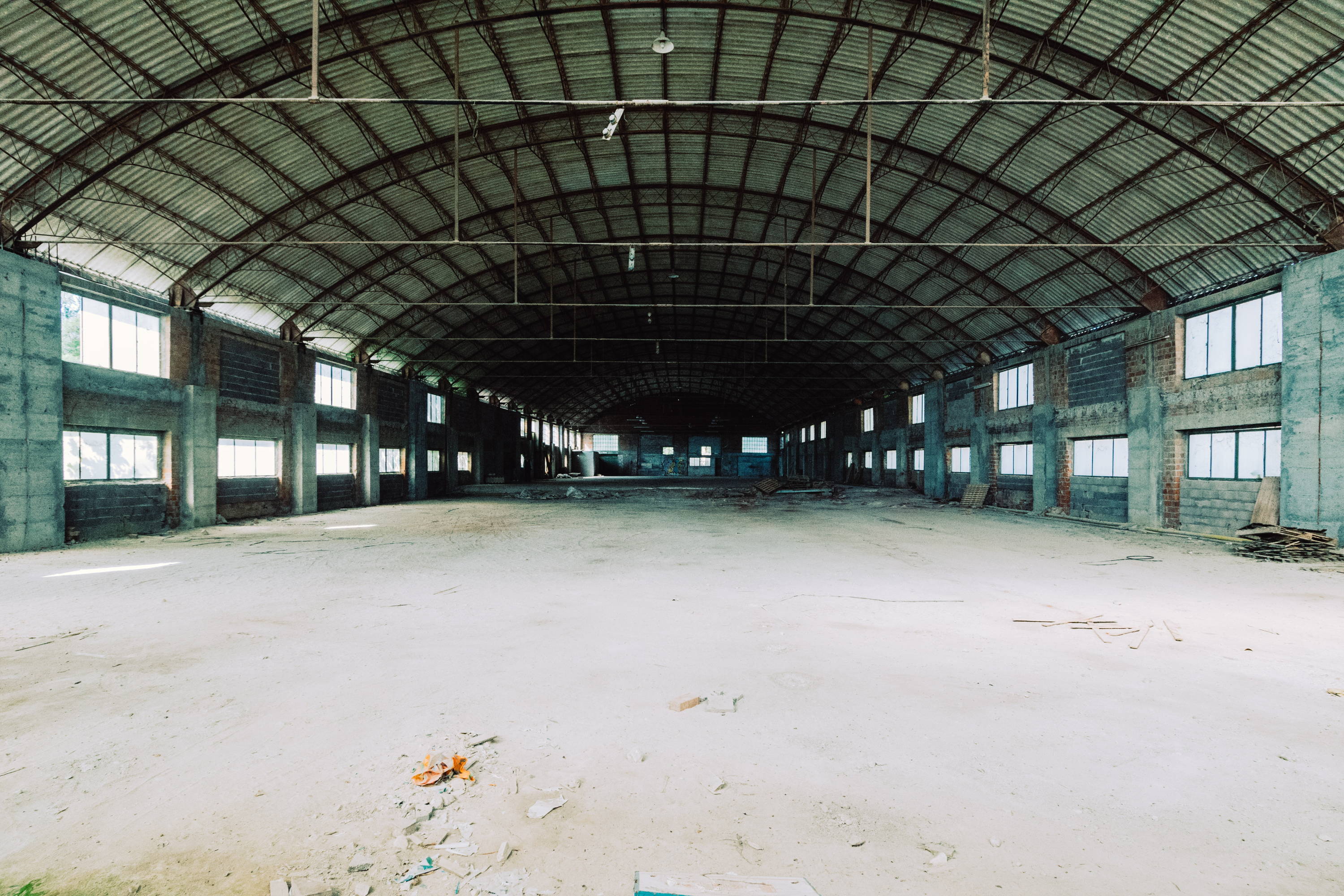 The Corrosion Hangar Bar, which is nestled on the other side of base, also experiences a handful of strange paranormal events. Here, you will hear doors slamming on their own, as well as see ghostly red eyes floating around. 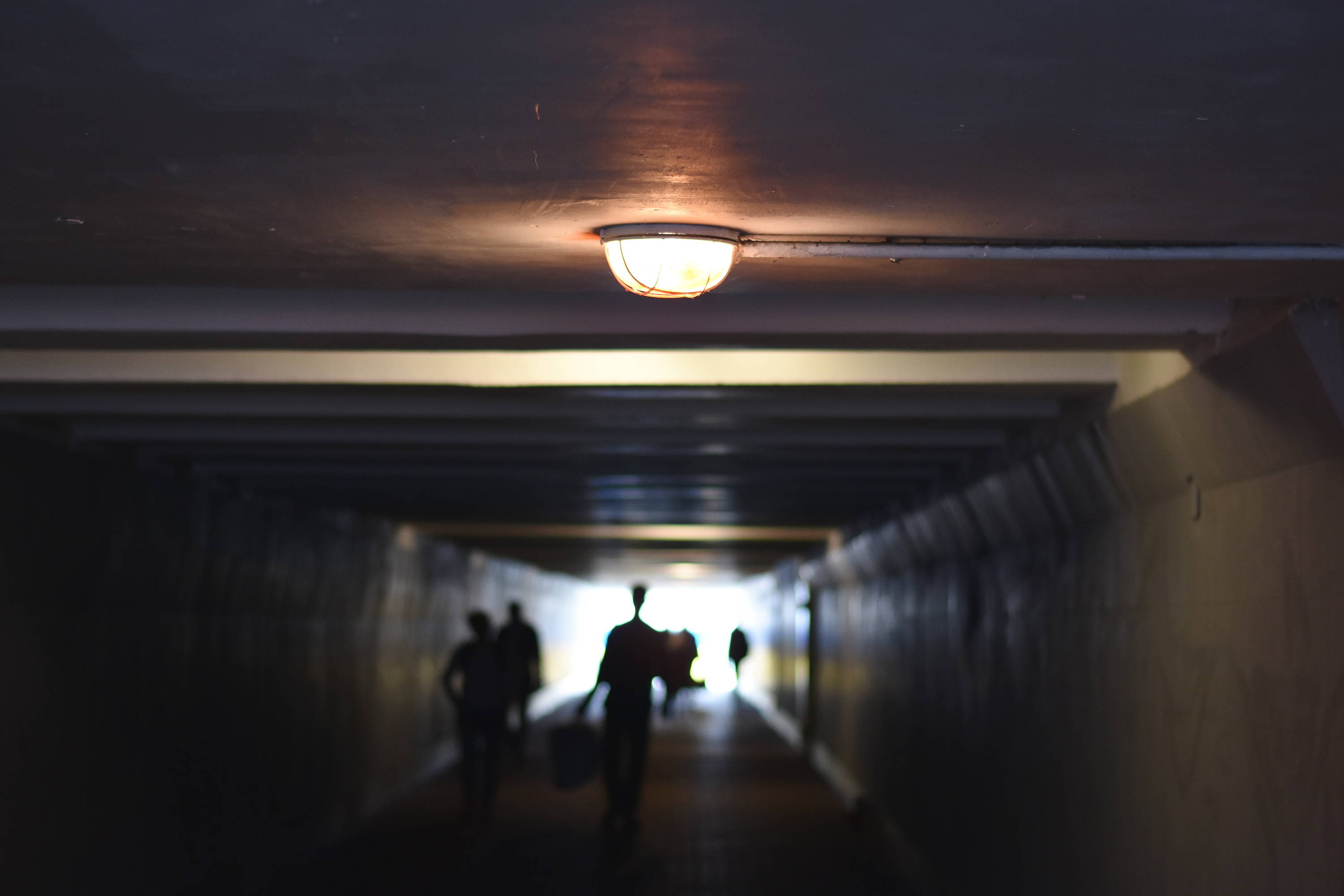 Looking for a ghost samurai in Japan? The Gridley Tunnel, in Yokosuka Naval Base, is a single-lane narrow tunnel that has been haunted by a fallen samurai who was ambushed and murdered in this tunnel. It is believed that the warrior was on his way to avenge his lord’s death, when he was attacked by his enemies. And because he failed to finish his mission, the samurai cannot leave this place.

We can’t blame the samurai for haunting the place. Besides, it can get pretty boring spending thousands of years in a tight tunnel.

→ Here are the top quality backpacks for your thrilling adventure!

Want to experience something as scary as "Sadako" in “The Land of the Rising Sun”, Make sure to consider these suggestions, as you plan a trip to Japan with Trekeffect!

Pick a destination and start packing your bags! Wondering where to go next? Want to know which countri...
Read More
Experience Travel In Style
Trekeffect is a Connecticut inspired travel brand focusing on quality, affordability, comfort and of course... traveling in style.
View Women's Swimwear
Chloe W.
"A classy and elegant suit with a sprinkle of sexiness! The quality of the material is second to none, and it fits like a dream."
Back to Travel