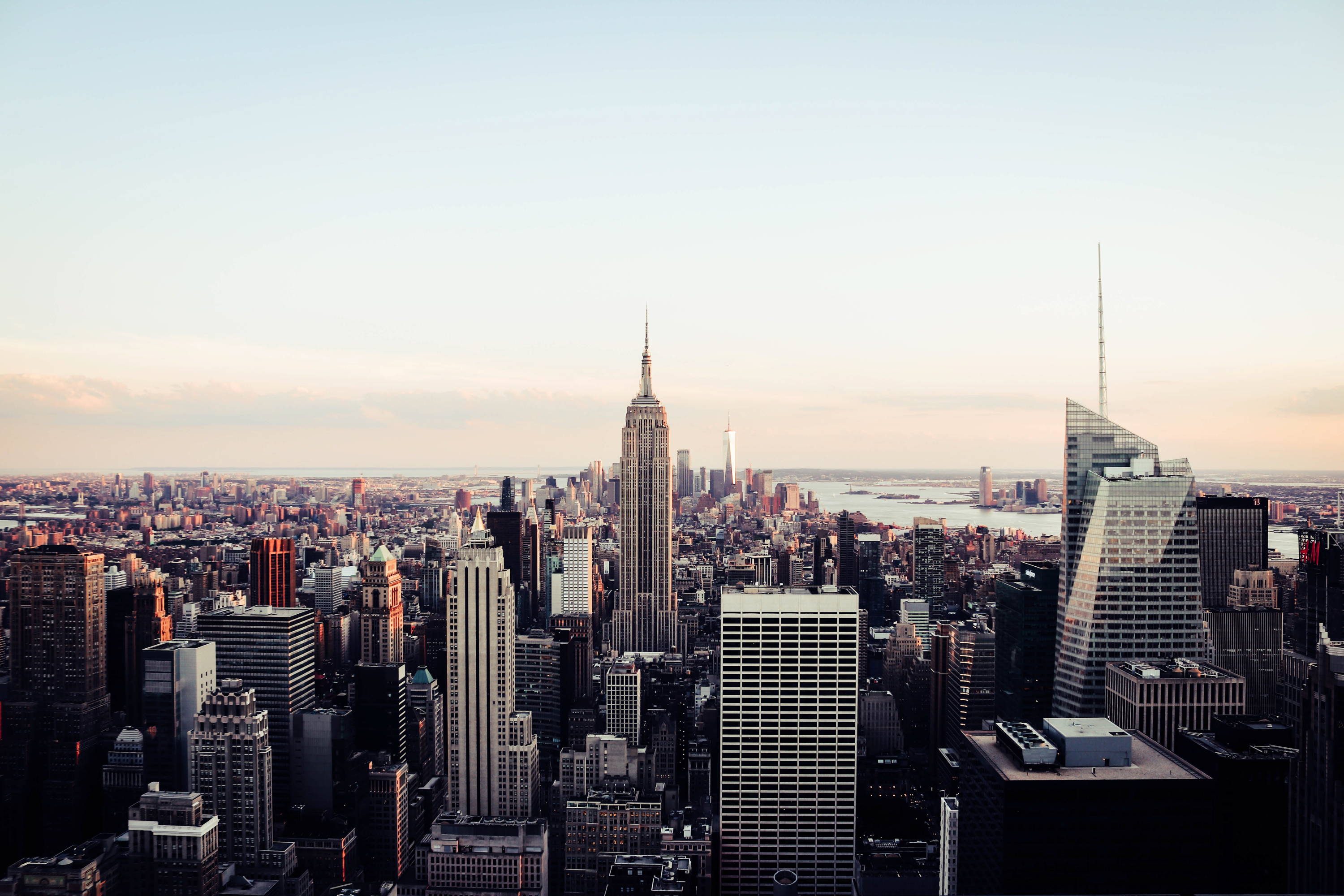 Fondly called as “The Big Apple”

New York City is truly an iconic trendsetting city that offers an irresistible treat for everyone. From crazy sports fan and lavish shopaholics to free-spirited sightseers, the city of New York lures millions of travelers every year, thanks to its eclectic medley of spectacles and sweet tourist delights. As you visit this famous urban hub, you will be able to feast your eyes on its legendary landmarks, marvel on its astonishing art collections, shop at ultra-chic stores, and enjoy the hottest award-winning theater shows.

A lot has been said about The Big Apple that it can be rather overwhelming to know where to start. Planning on exploring the city of New York in three days? As you plan a trip to New York, then, you may be forced to make heads or tails of what to do and where to go in this big illustrious metropolis. Thankfully, we are here to make things a bit simpler on your end! 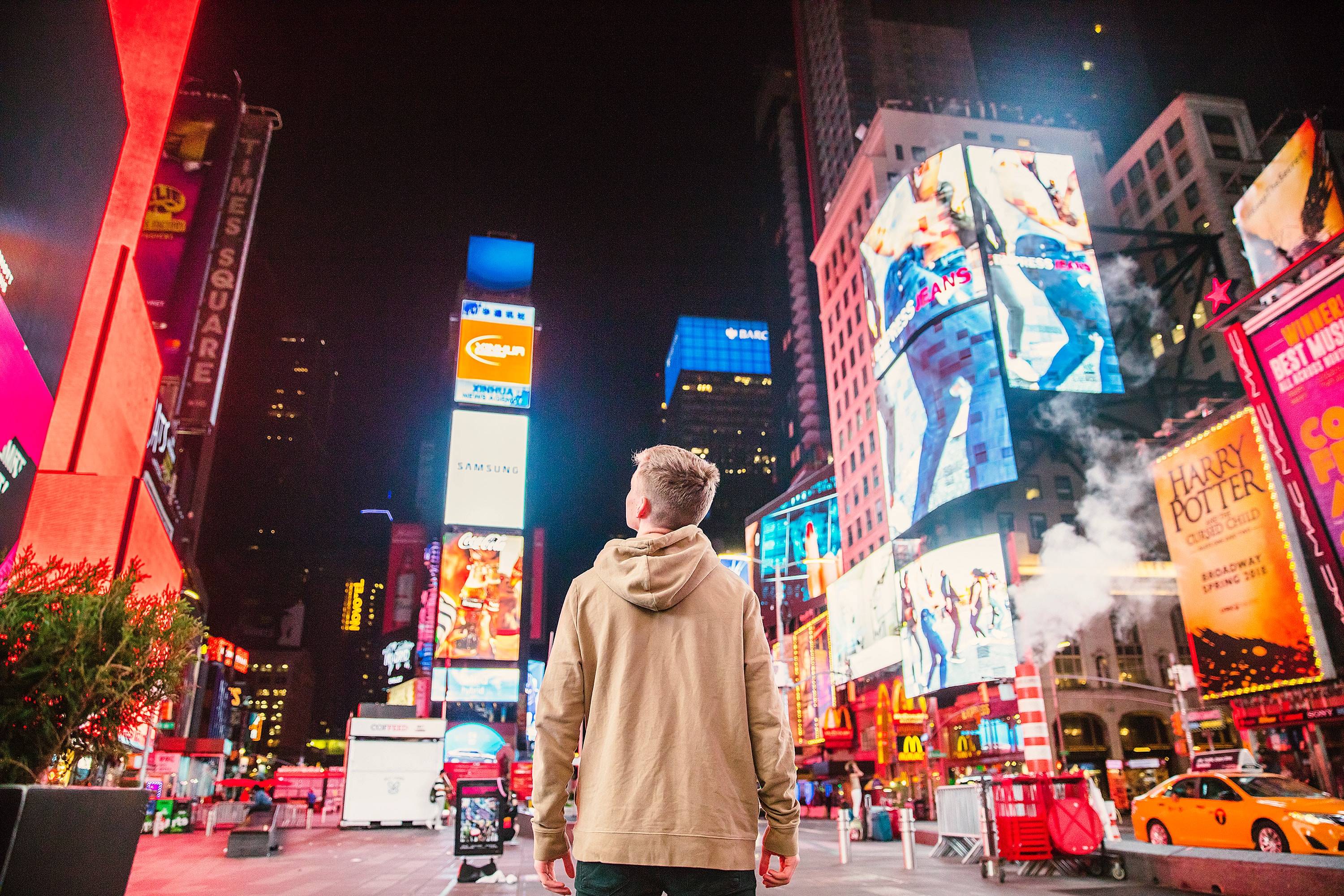 Buy a New York City Pass. Even if you are visiting NYC for three days only, investing in a New York City Pass can be very beneficial to you in a lot of different ways. With the City Pass, you will get entry to a number of must-visit museums and monuments in the city, all while skipping the long queues. In addition, it gives you photographs and complete information of over 80 attractions in New York City.

An epic three-day adventure in this city should start in its Midtown area, which is practically NYC’s beating heart as well as home to some of its top attractions. As far as I’m concerned, this neighborhood can serve as a terrific introduction to the energetic pace of the city.

Get an eyeful of the city’s awe-inspiring skyline. The city of New York is, for the most part, defined by its mesmerizing skyline. With over a hundred buildings measuring 500 feet or even taller, the city’s skyline is surely a magnificent sight to behold.

While you can feel this greatness everywhere in the city, it is best seen and experienced from the Top of the Rock, Rockefeller Center’s steep observatory. Here, you get to enjoy breathtaking views of the city’s famed skyline and most notable landmarks, such as the Central Park.

NBC Tour. After enjoying the spectacular city panoramas, take an NBC Studio Tour, which is just an elevator ride away from observation deck. With this tour, you will get backstage access and a behind-the-scenes look of NBC’s popular TV shows, such as the Today Show and Saturday Night Live. Of course, this tour also offers you a chance to meet some of NBC’s renowned personalities like Brian Williams.

Grand Central Terminal. For your next stop, head off to the buzzing Grand Central Terminal. As a visitor in this terminal, you get to catch sight of a simply gorgeous structure with a lofty zodiac ceiling and ornate ceilings. To get a deeper insight of this historic station, make sure to take a GCT audio tour.

Feeling hungry already? The terminal has a food court that offers an array of culinary goodies to feed your hungry stomach. Here, you can buy quick snacks, nectarines desserts, and tasty lunch meals like Masato’s Track Five Sushi Combo.

Empire State Building. From Grand Central Terminal, go to the NYC’s glowing beacon, the Empire State Building, and be amazed by its grandeur and incredible size. Also, a visit here lets you experience the city’s skyline from 102nd floor. Not to mention, it allows you to ride the historic Otis elevator.

Chrysler building. Take a short walk to the Chrysler Building, and get a load of this glittery pinnacle.

Times Square. Open 24/7, this tireless square has bustling crowds, big screens and bright lights that epitomize the excitement of a city that never sleeps. As you take this stroll, drop by the big flagship stores with flashy extras that serve as tourist attractions (such as the indoor Ferris wheel of Toys “R” Us). Likewise, dine at any of the highly acclaimed eateries and restaurants on the Restaurant Row.

A taste of NYC’s Broadway. When it comes live theater, no one does it better than New York’s Broadway. Whether you are fond of musicals, comedies or dramas, you will certainly find joy in the Theatre District of this city.

→ Equip yourself with these functional traveling essentials!

Day 2:
A day of leisure and sightseeing 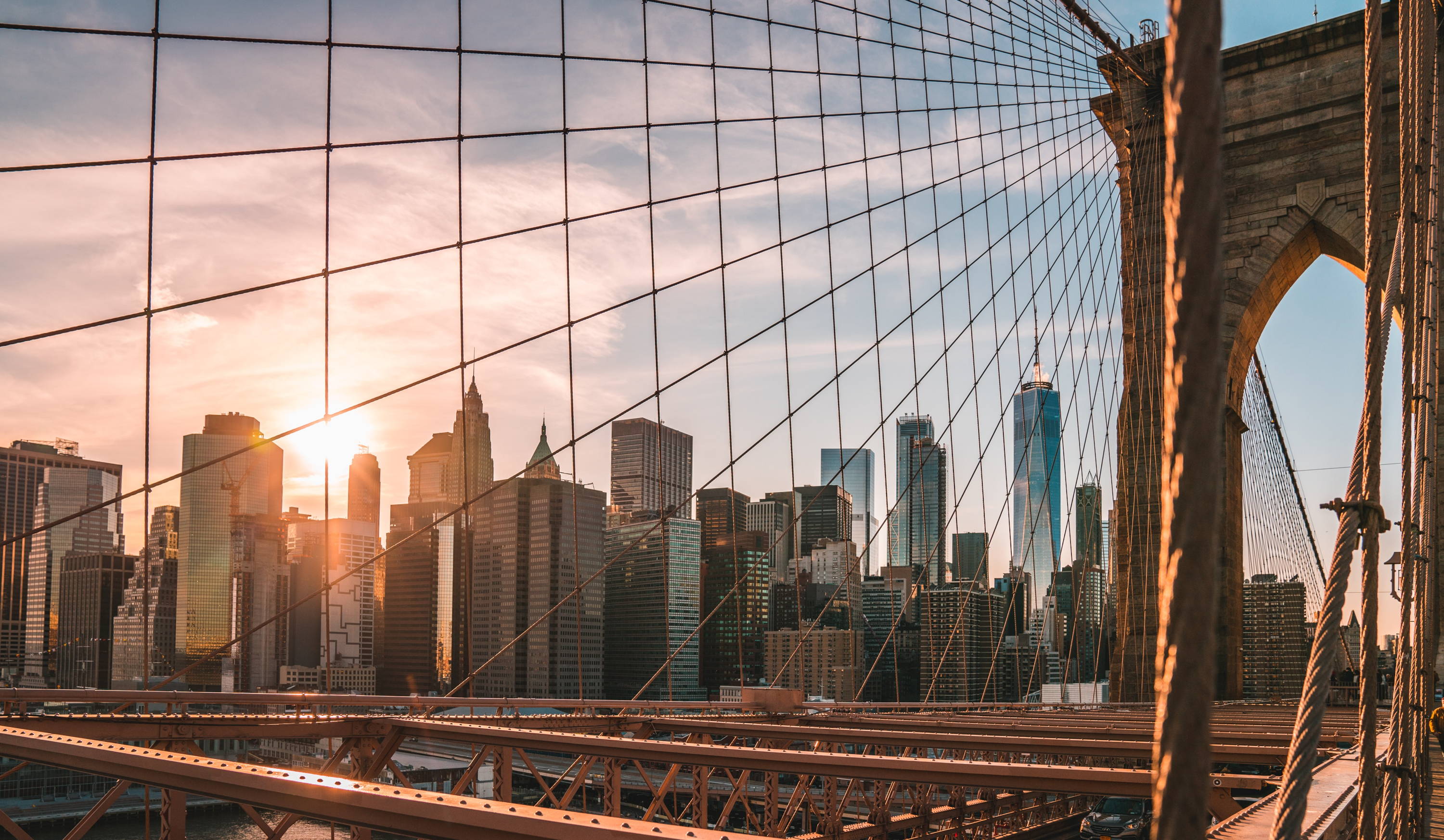 For your second day, you will be dropping by a couple of remarkable museums in the uptown area, as well as traversing the Central park. Then, you will be capping your day with a blissful sunset cruise on the beautiful Hudson River.

Central Park. Make your way to the Central Park, which is across the backyard of the museum, and take an exciting bike tour with a guide. You can also paddle around the park on your own, and explore its riches, such as Bethesda Fountains, historic carousel, and the Strawberry Fields of John Lennon.

Cruise ride. A perfect way to end a perfect day of leisure and sightseeing in New York is to rest your feet, and enjoy a romantic two-hour cruise ride on the Hudson River. Offered by Circle Line Harbor Lights Cruise, this tour will take you to the Brooklyn Bridge, and provide great views of the city’s buildings and landmarks from a different perspective.

→ Equip yourself with these functional traveling essentials! 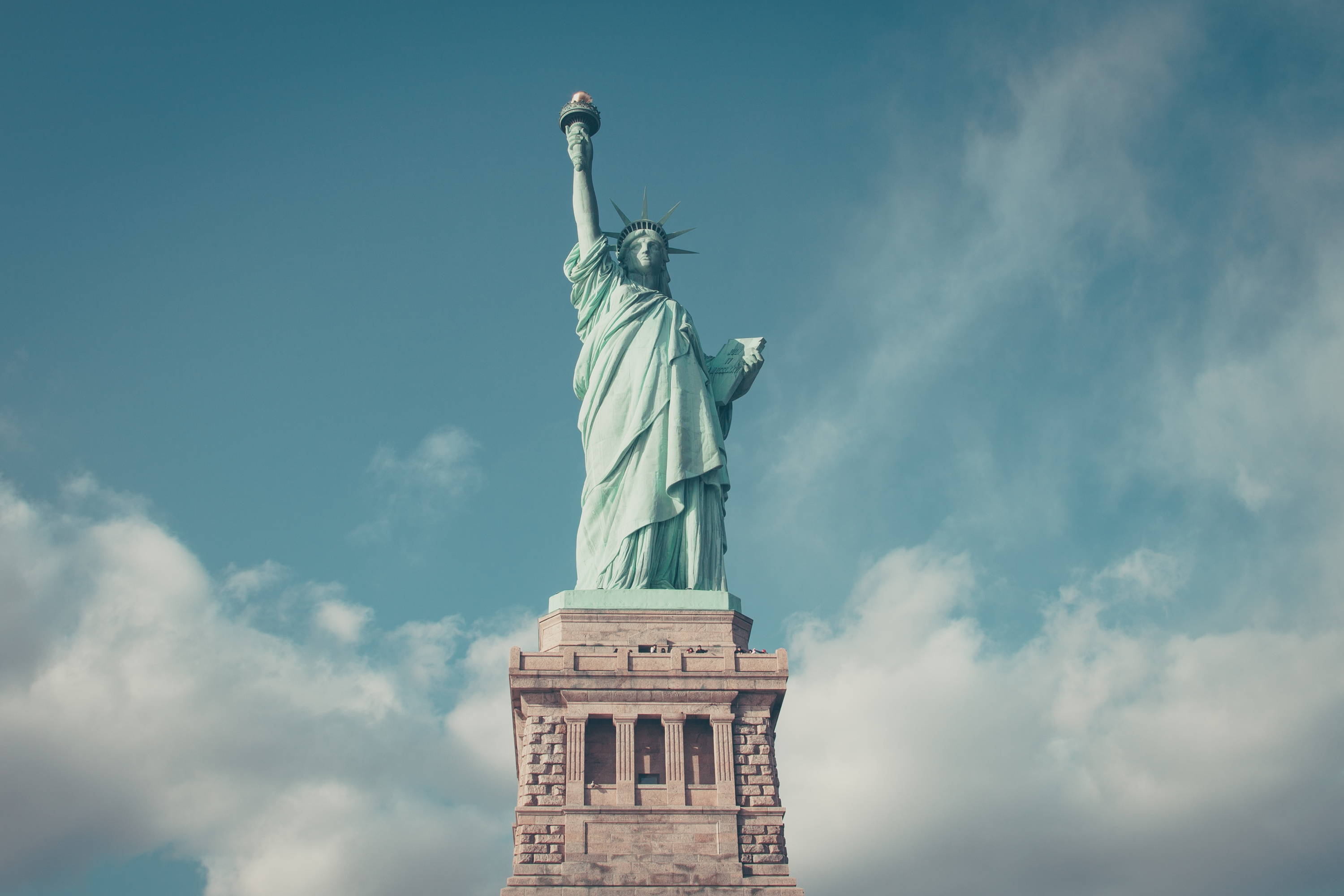 From the momentous Statue of Liberty to the Fraunces Tavern Museum, NYC’s booming downtown is brimming with pleasures for its pilgrims.

The Statue of Liberty is one of the busiest and most crowded tourist attractions in New York, meaning you will have to wait in a long line just to get a close look at it. But, you can easily zip right through the attraction’s long queue, by using a New York Pass. To get there, you will have to take a round-trip ferry ride from the Battery Park. Your first sojourn is on Liberty Island, in which you may climb to the topmost part of this 305-feet beauty. Afterwards, you will be going back to the boat, and travel to the Ellis Island.

Honestly, a three-day trip to this city isn’t enough to see everything special the NYC has to offer. Nevertheless, you can enjoy a delightful bite of The Big Apple in just 72 hours, as long as you plan your trip to New York meticulously.

→ Seize your moment in a spectacular way with this lovely collection!

Want to explore the Big Apple in 4 days? Plan your New York adventure now with Trekeffect!