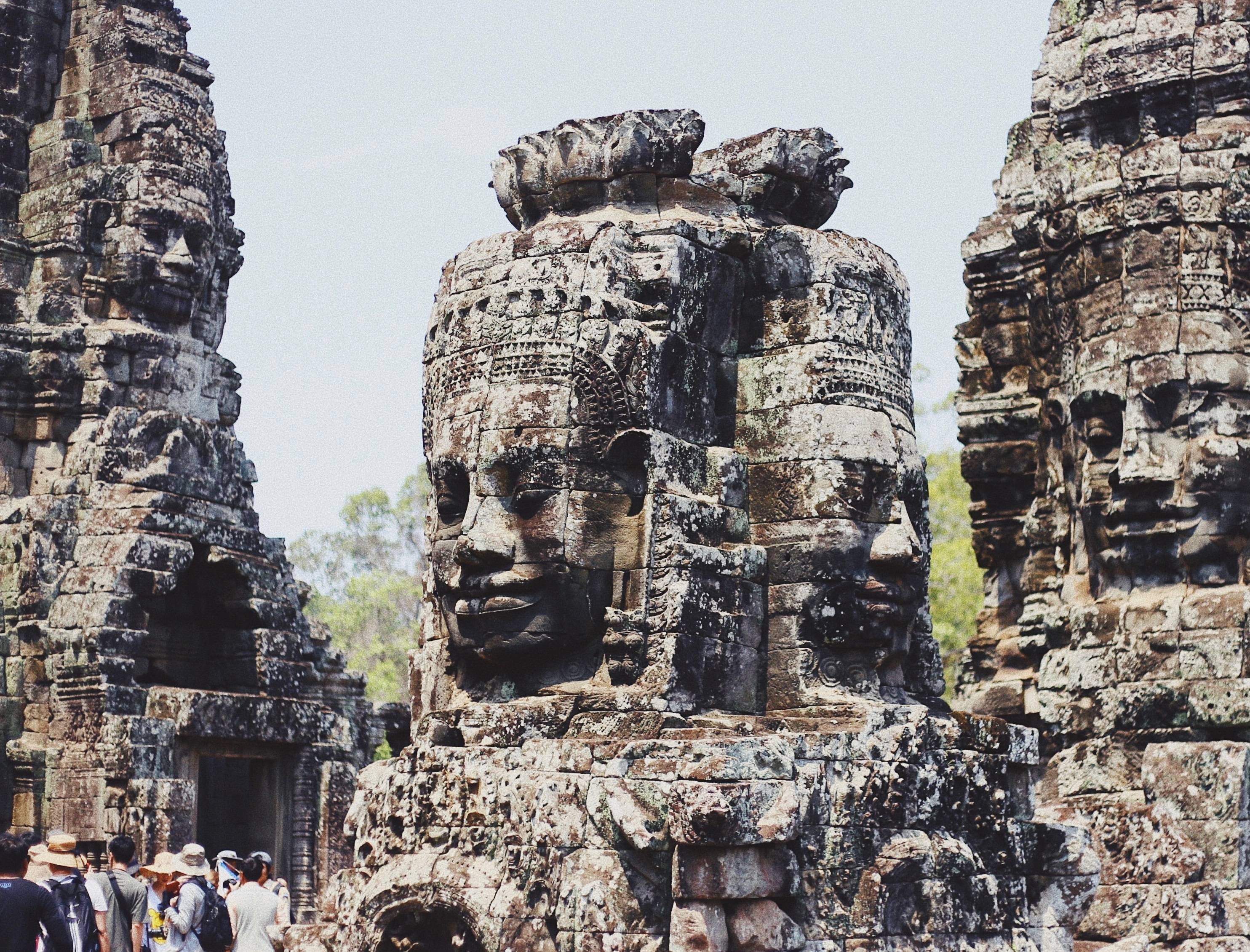 Near Siam Reap, discover the temples of Angkor Wat.

Let your mind drift backwards in time, deep in to the 12th century. Your bare feet pad along an immense walkway, covered with legendary icons like the Naga as you are crossing over a moat. Sandstone blocks are everywhere, creating towering mountains and terrifying imagery, every square inch intricately depicting dancing nymphs, fearful tales of battles, and of the mighty heavenly rulers. Though built to honor the gods, it looks like they might have created this themselves. And this, this is Angkor Wat.

Cambodia is so proud of it’s Angkorian heritage, that the temple is even represented on the country’s flag. It was originally built to honor the Hindu gods, replicating Mount Meru, their mythological home. Later, it became a Buddhist temple, earing the Wat title in it’s name. Today it still is a popular pilgrimage site for modern Theravada Buddhists. But despite just the sheer size in this UNESCO site goes way beyond this one spot. Angkor Wat translates to “Temple City,” and with almost 40 separate sites spanning the course of five centuries to explore, the moniker fits perfectly.

There are many different ways to tackle Angkor. Some people flash through, stopping in for the obligatory sunrise shots over the moat and a quick shot of the faces of Bayon, moving on the Pub Street or wherever else in Siem Reap their interests lie. Others, can spend hours upon hours just at one wat, needing weeks to see everything. For those willing to dedicate time, but not their whole trip, three days is a perfect amount. At about $20 a day, you have unlimited access to all of the temples. It’s best to have a plan of action before hand, as it can get overwhelming fast. Many guesthouses will offer you a map, and guide you on how much a tuk-tuk might cost, or the best order to see things in. While there’s a lot to choose from, there are some definite highlights. 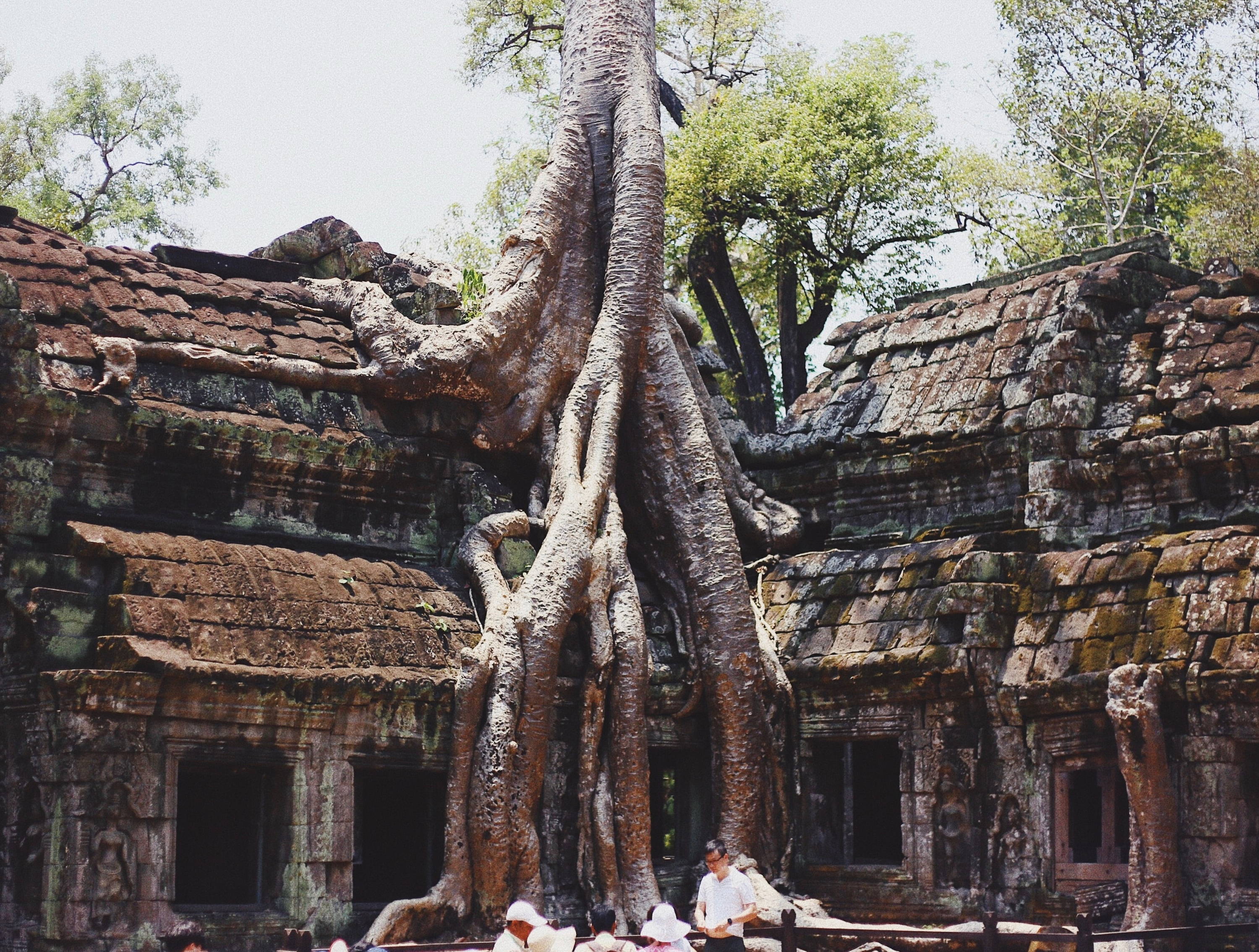 This is the top dog, the big kahuna in the area. It’s what everyone comes to see. Flooded with tourists at sun rise and sunset, the crowds can make the ruins lose a bit of their charm. But be assured, the clear out just as quickly as they came. Wait it out a bit, grabbing breakfast at the Blue Pumpkin nearby, and you’ll soon have plenty of space to navigate. Expect to spend several hours here, if not a whole day. The bas-reliefs are so intricate, each unique from the next, with corridors and halls going in every direction it’s hard to leave until you can be almost assured you’ve seen it all. Make sure to pay special attention to the hand carved murals along the walls of the outer gallery. The most famous depicts the well-loved Hindu legend of the Churning of the Sea of Milk, a battle between devas (gods) and asuras (demons) to create the elixir of life.

→ Browse this cool collection while you plan your Cambodia escapade! 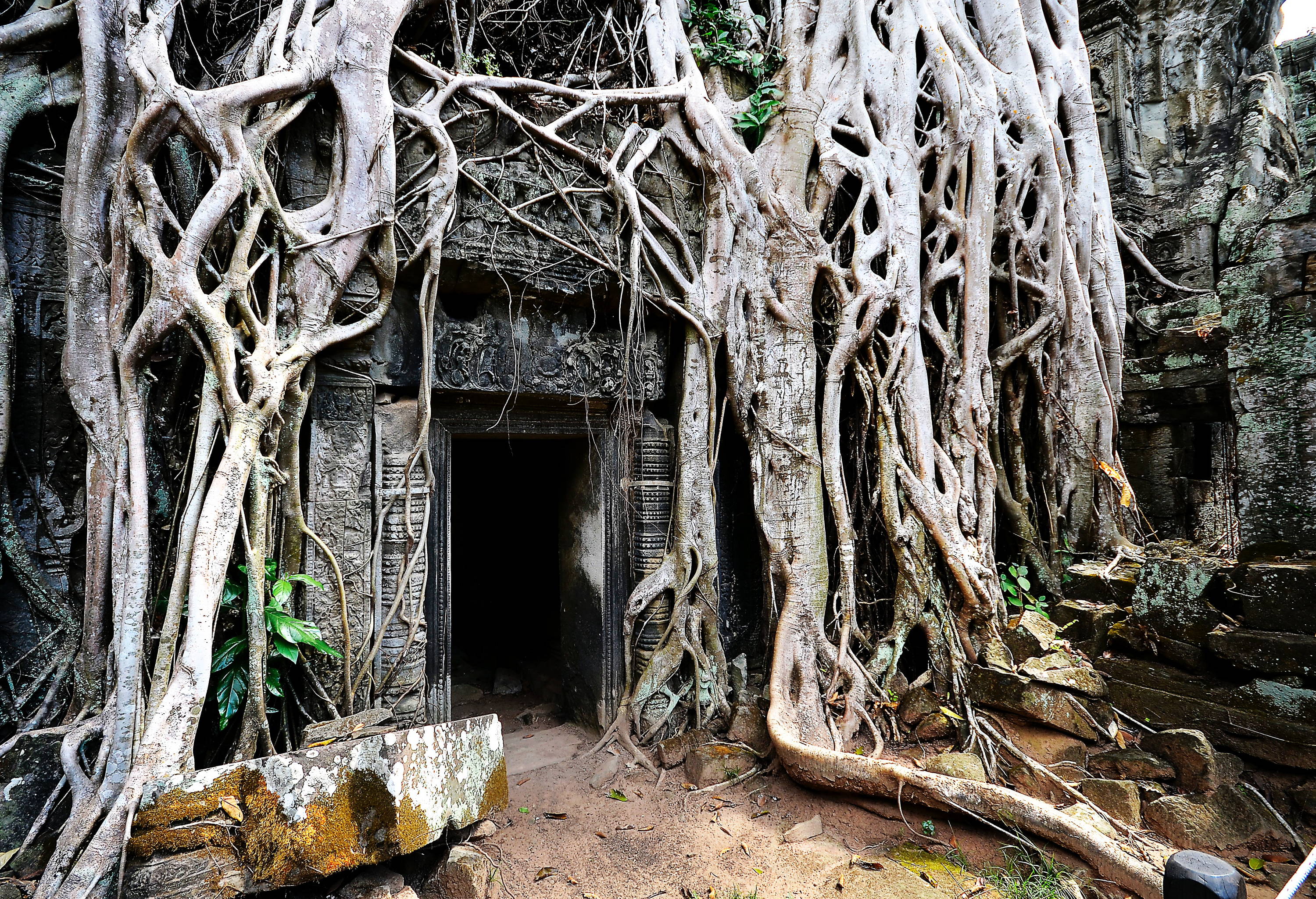 If you’re an Angelina Jolie Fan, guaranteed you’ll recognize this spot. Featured in 2001’s Tomb Raider, the crumbling facades and overgrown trees would make anyone aspire to become an archaeologist or a grave robber. Unlike most of the temples, very little work has been done to restore it. Ta Prohm is almost exactly like it was when the french rediscovered in in the nineteenth century. The jungle setting and the chilling atmosphere is remarkable. This temple was dedicated to the revered King Jayavarman VII’s mother, and has a pair: Preah Kahn, dedicated to the King’s father, is similar, with a little less destruction. 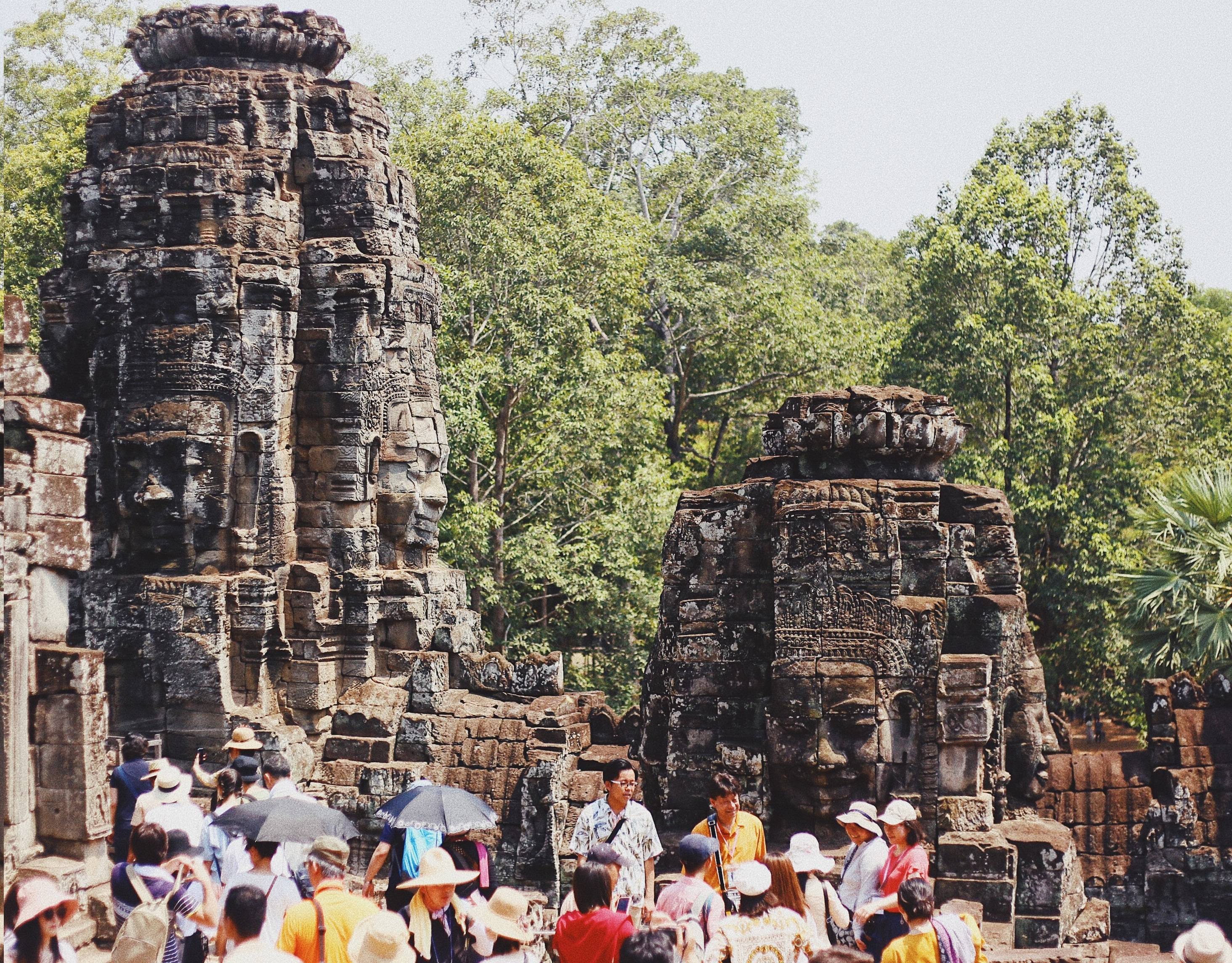 Another well known aspect of Angkor, it’s literally a familiar face. 216 massive heads shine down on all those who walk it’s grounds, the serene smiling of Jayavarman VII (though they are also meant to be the Buddhist embodiment of compassion, Lokesvara). It was the last state temple to be built during this period, and is the only one to commemorate Mahayana Buddhism. Dancing apsaras and bas reliefs decorate the walls holding up the faces. It’s far more compact, but there’s a lot of detail in this small space.

→ Check these clothes created to bring out any woman’s Inner Goddess!

Bantey Srei. East Mabon. Ta Som. Srah Srang. Angkor Thom. The sites and wonders of Angkor really do seem limitless. Pace yourself, so you don’t find yourself “templed out” too quickly, and always make sure to carry water with you. There is plenty of amazing sites around every corner of the Temple City, so start planning your Lara Croft inspired trip with Trekeffect today!