Birthday cake, fireworks on Independence Day, and spring break are traditions we know and love in the good U.S. of A. But to an outsider they may seem a little strange — you mean you actually explode things in the sky to show you are free? 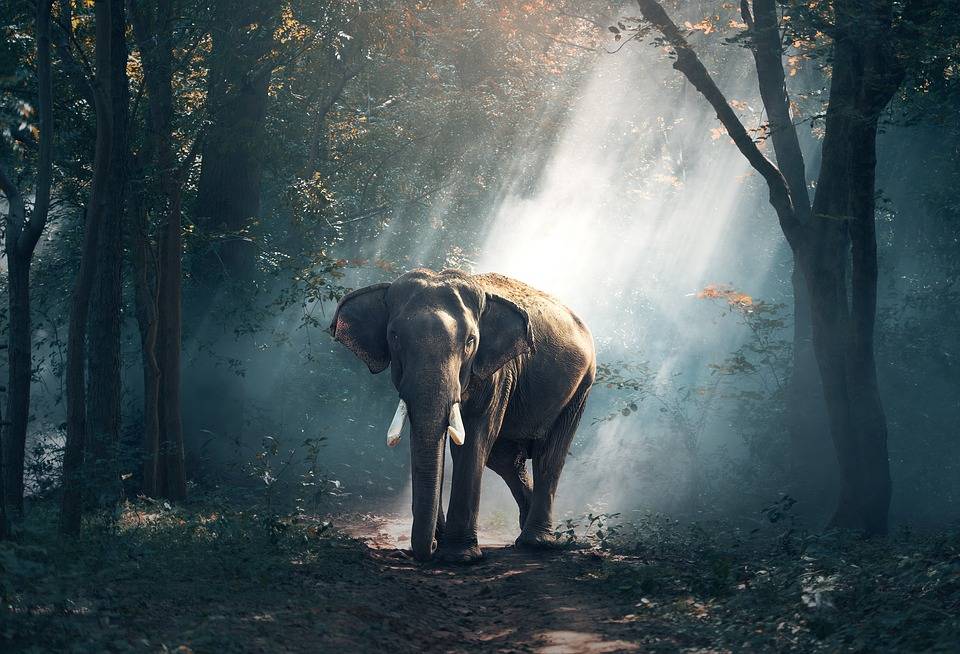 It turns out every country and culture is a little unusual — here is a look at some of the more exotic worldwide traditions. Brush up so you’re not out of the loop when you touchdown internationally.

1. In Indonesia, you can’t just bury your dead loved ones—they are commonly dressed in special clothing and kept in the house, with the idea that their soul will be preserved until burial.

→ Click here to book your stay in Bali, Indonesia!

2. For a boy to be initiated into the Sataré-Mawé Tribe in Brazil, he must wear a glove full of drugged bullet ants on his hand for ten minutes. And he has to do it not just once, but twenty times within just a few months. Pass this test and you are an official tribe member.

→ Click here to book your stay in Sao Paulo, Brazil!

3. The Japanese love their Kentucky Fried Chicken, especially around Christmas time. Although the holiday isn’t widely celebrated in the country, the chicken flows freely and KFC recommends locals place their orders two months in advance to secure their meal for December 25.

→ Click here to book your stay in Tokyo, Japan!

4. Irish women often sleep with mistletoe under their pillow on New Year’s Eve thinking it will bring true love and marriage in the next year.

→ Click here to book your stay in Dublin, Ireland!

5. When children in Iceland leave their shoes out before Christmas, they hope them to be filled with a treat from Yule Lads. But if the shoes left on the windowsill are traded in for a potato, kids know they’ve made it to the naughty list.

→ Click here to book your stay in Reykjavik, Iceland!

6. Newborn babies in the Indian region of Mahrashtra are tossed off the side of a 15 meter temple and caught on an outstretched sheet to bring them good luck and strengthen their intelligence.

→ Click here to book your stay in Mumbai, India!

7. In Latin American countries, wearing yellow underwear when the clock strikes midnight on New Year’s Eve is said to bring good luck and prosperity for the upcoming year.

8. Before the Christmas season can begin in Guatemala, everyone cleans out their homes and burns a citywide trash pile topped with a devil effigy. The burning is to shun evil spirits and negativity from the upcoming holidays.

9. In Indonesia, children approaching puberty get ready for marriage by having their teeth filed at a familial prayer ceremony.

→ Click here to book your stay in Yogyakarta, Indonesia!

10. Tradition rules in the Ukraine, where a folk story about a magical Christmas tree means that people today cover their Christmas trees in spiders and spider webs.

→ Click here to book your stay in Kiev, Ukraine!

11. The Masai tribe in Africa spit on each other as a greeting and often spit on their hands before shaking them and on the heads of newborn babies for good luck and prosperity.

12. In Thailand, where monkeys run rampant and often steal travelers clothes, food, and belongings, locals have started the Monkey Buffet Festival, where they line the streets with tables full of treats to lure the monkeys in and celebrate their craftiness.

→ Click here to book your stay in Bangkok, Thailand!

13. Weddings in Scotland are often preceded by blackening the bride—sneak attacking her with a combination of curdled milk, oil, eggs, and much more. If the bride and groom can survive the humiliation, they are promised a long and happy marriage.

→ Click here to book your stay in Edinburgh, Scotland!

14. Spaniards have an annual baby jumping festival where crowds line the streets to watch people dressed like the devil jump over new babies lying on mattresses with the hope it will keep the devil away.

→ Click here to book your stay in Madrid, Spain!

15. In Korea, wedding guests tie a rope around the groom’s ankles and slap his feet with a fish. It is said to make sure the groom has a great performance on his wedding night.

→ Click here to book your stay in Seoul, South Korea!

Now share with us your travel experiences—what unique traditions have you come across? Want to see any of these traditions by yourself? Plan your trip on Trekeffect and share it with your friends!